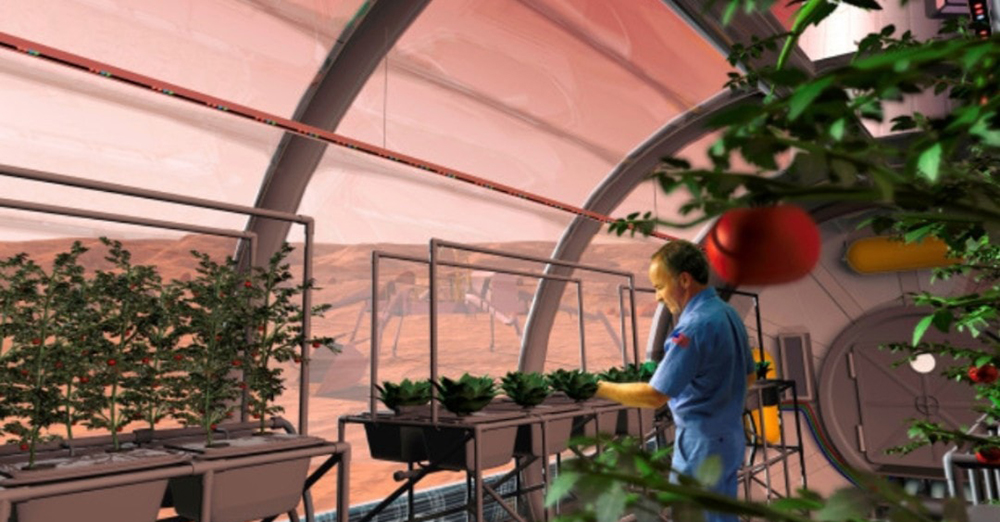 Cyprien Verseux, a Ph.D. student majoring in biology, has spent years studying how to grow lettuce on a sloping volcano called Mauna Loa in the Hawaiian archipelago at 8,000 feet above sea level.

He explained that Cyprien Verseux’s research was not very important in getting to the planets, but that it would be difficult to deliver enough of the basic food and oxygen needed for humans if space were to expand.

Since 2014, seed-based methods have been used on the ISS. The program, called Veggie, was led by Gioia Massa, a botanist at NASA Kennedy Space Center. The veggie is simple and easy to use. A mini-refrigerator-sized, easy-to-carry greenhouse for astronauts. There are small bags of seedlings.

The bags of these seedlings also contain special fertilizers. It is a program that adjusts LED lights and electric fans to accommodate the growth of seedlings when in space.

The biggest challenge is to water the plants. In Microgravity, water does not stay on the surface as it does on Earth, and the droplets move in all directions, making it impossible to water the roots of plants as easily as on Earth. Although this problem cannot be solved, the ISS staff is busy with lettuce, Cabbage production They tried to cultivate kale.

These cultivars are small, but give astronauts the taste of fresh vegetables. However, even if only one lettuce leaf is produced per month, it is very different for astronauts who have been eating only light flavors for weeks. “People are tired of the food they eat over and over again,” Massa explains. “People who go into space lose weight, so these little crops can keep their appetite in check,” he said.